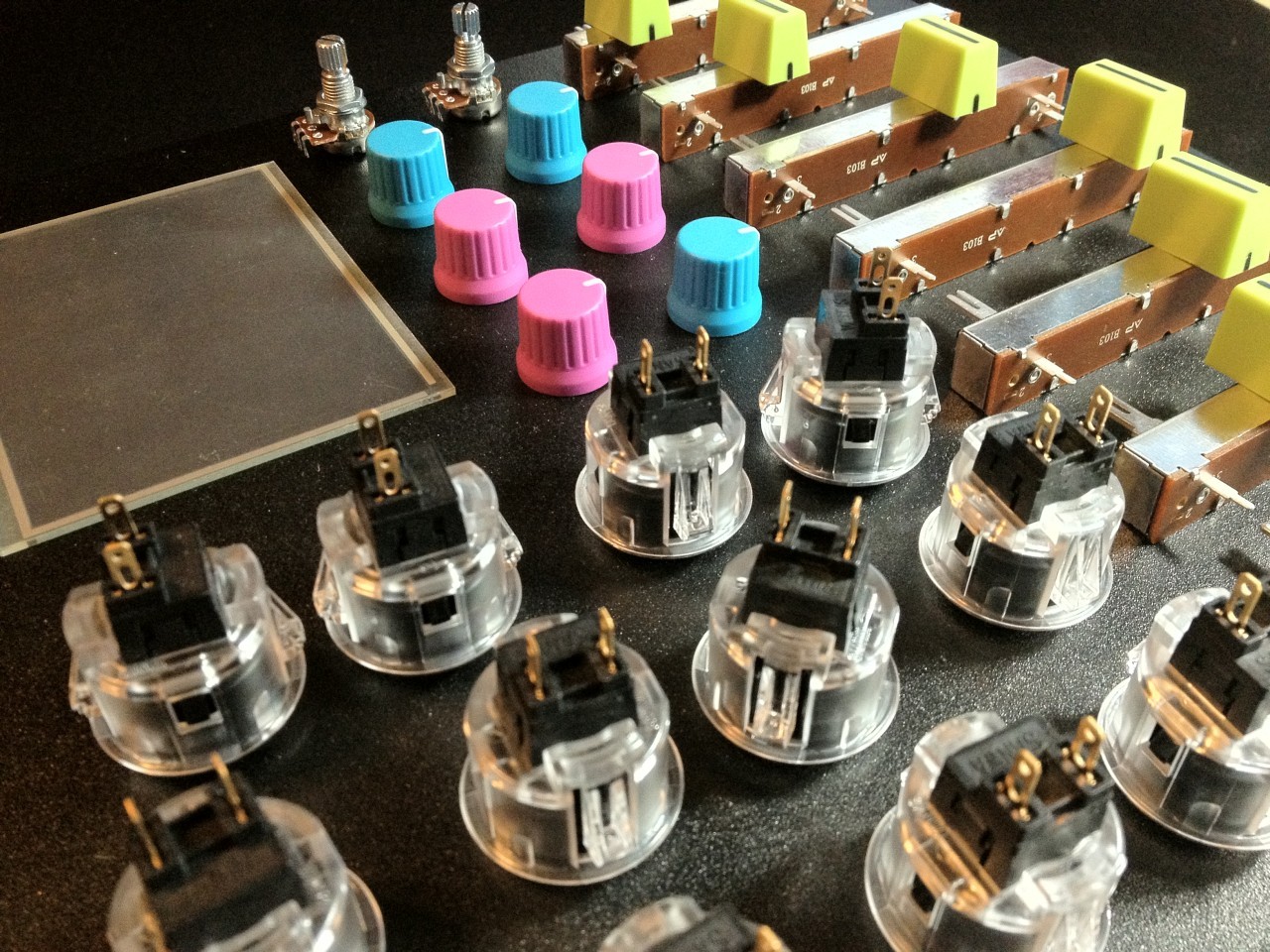 I’ve been interested in making some nice electronic music and sound effects for my games. I tend to find the UI of different VSTs frustrating, so I was interested in getting a MIDI controller that could help speed things up. I’m also interested in the possibilities of rigging the MIDI knobs to variables in the code so I could tweak different parameters in real time. Like any good (over-)engineer, I researched what it might take to put one together myself. For whatever reason I find this sort of controller hardware fascinating. 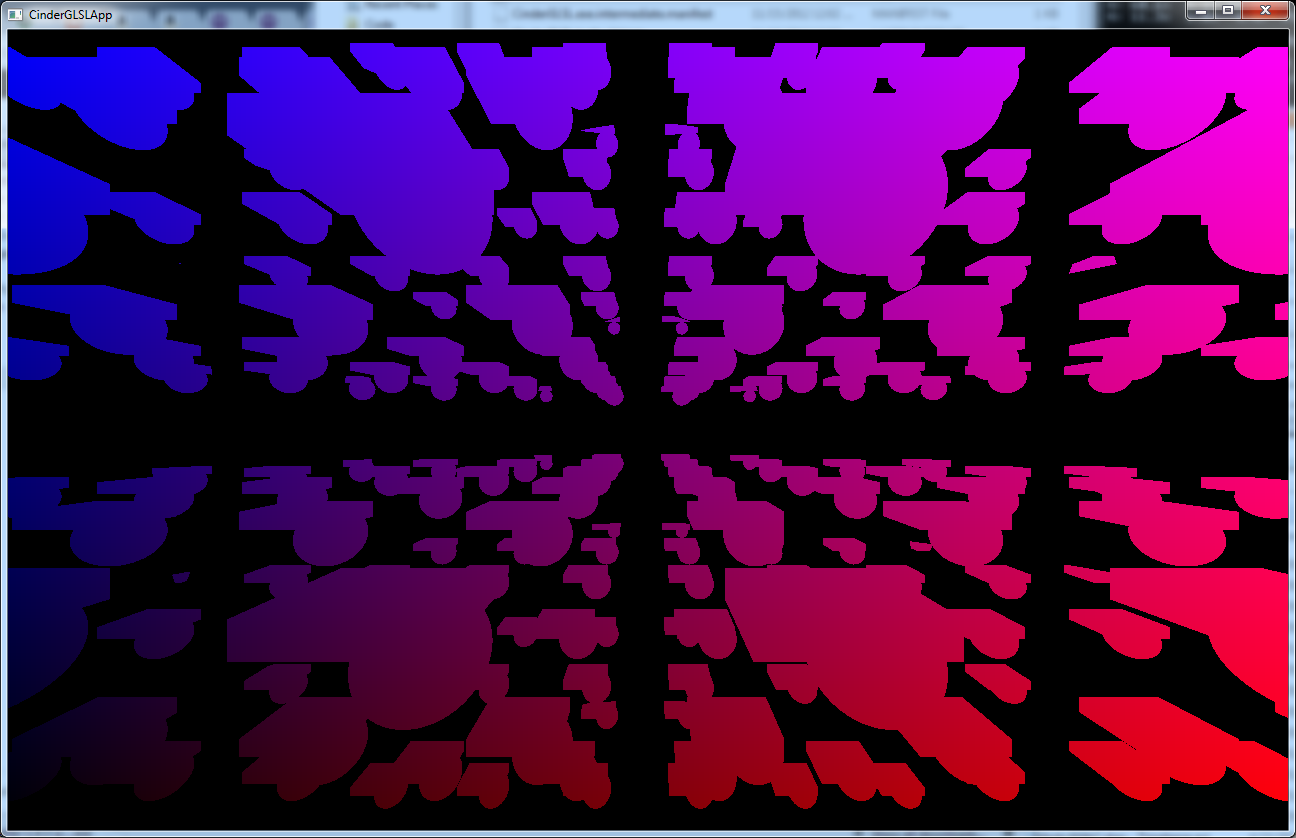 Signed Distance Fields, when used in computer graphics, is a way of mathematically defining a scene, which can be both greatly compressed, and scale to any resolution. There’s a truly excellent presentation by iq of rgba (Iñigo Quilez) posted on his website http://www.iquilezles.org which he presented at nvscene back in 2008 called “Rendering Worlds with Two Triangles”. Other powerful examples were presented by smash of fairlight (Matt Swaboda) at GDC earlier this year http://directtovideo.wordpress.com. This is my first expermientation with this rendering technique. 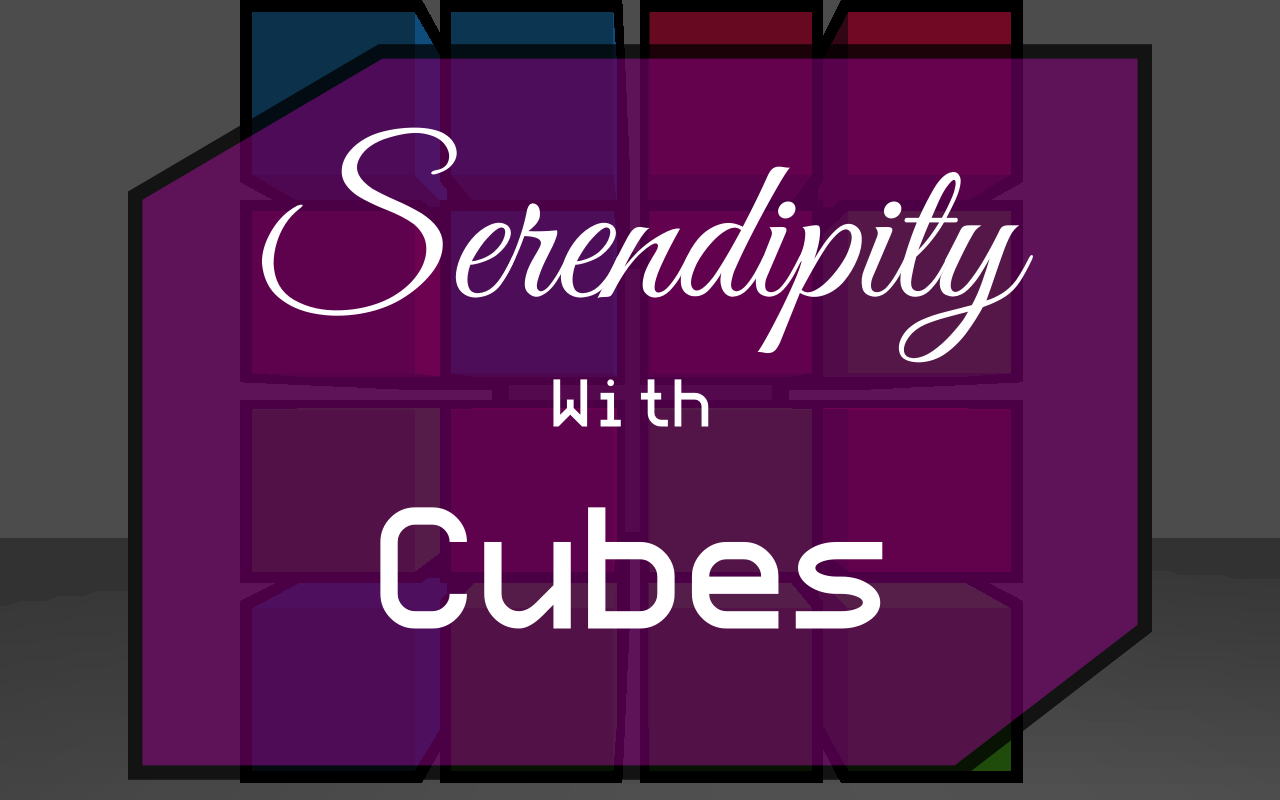 Serendipity with Cubes is a relaxing, solitary puzzle game. The objective is to create a “path” of same-colored cubes to connect the two pulsing cubes. Click on one cube to select it and any adjacent cube to swap their colors. Once a path is created between the pulsing cubes, all cubes in that path are cleared from the puzzle. Win the game by clearing all cubes from the puzzle. If there is no way to connect enough cubes to complete a path, it’s game over.

I just recently got picking working using the Bullet Physics Engine. Picking is a way to “pick” an object via a primitive (triangle) using a cursor from the camera’s perspective. Hovering your mouse cursor over an object and clicking on it is obviously a very intuitive way to interact with a scene. However, it’s not as intuitive to program, because the location selected is in 2D screen coordinates, and not 3D world coordinates. The difficulty in picking really lies in somehow determining the 3D coordinate space of the object to select. First, lets see what I’m talking about.

In the last few months, I’ve been spending a considerable amount of time fleshing out some tedious but necessary parts of my game. I realized that since I’m a one-man army, I need the ability to very quickly get all of my ideas out and into a playable form without a lot of process and layers of tools. Unfortunately, the only way to achieve a very seamless workflow is by specializing your tools, which means rolling my own level editor and game formats. These things are nice to have anyway, but I believe that the time I invest in these tools will pay off in even the very first game I make with them. I decided I needed a quick and easy way to import models and other game assets, a scripting language (I chose Lua) for data definition and eventually scripted events and possibly game rules, and a level editor that allows rapid building and playtesting of open 3D worlds.

When evolving my rough particle system into a (very targeted) game engine, I started to learn why object oriented design has gone out of favor for many game engines. From a design standpoint, the particle system was a learning project where I tried to leverage C++ inheritance as much as I could. For the game engine, I attempted to model my game objects using an inheritance structure as well. I felt that in the real world, nearly everything falls into some sort of classification, often with distinct parent-child relationships. However, as I began adding game specific objects to my engine, I realized that not only is it prohibitively difficult to try to model the real world (the way I felt it should be modeled) due to the sheer volume and complexity, but game objects are simply an approximation of real world occurrences, and as such they tend to “cheat” to achieve a certain effect. Objects in a game can choose to be invisible, or defy the laws of physics. This basically breaks whatever elegant classification structure I had planned. Luckily, this can be addressed by converting from an “is-a” model (where an Object “is a” physics-based object) to a “has-a” model, (where an object “has a” physics component). In this model, objects will contain pointers to optional collections of data and functionality. 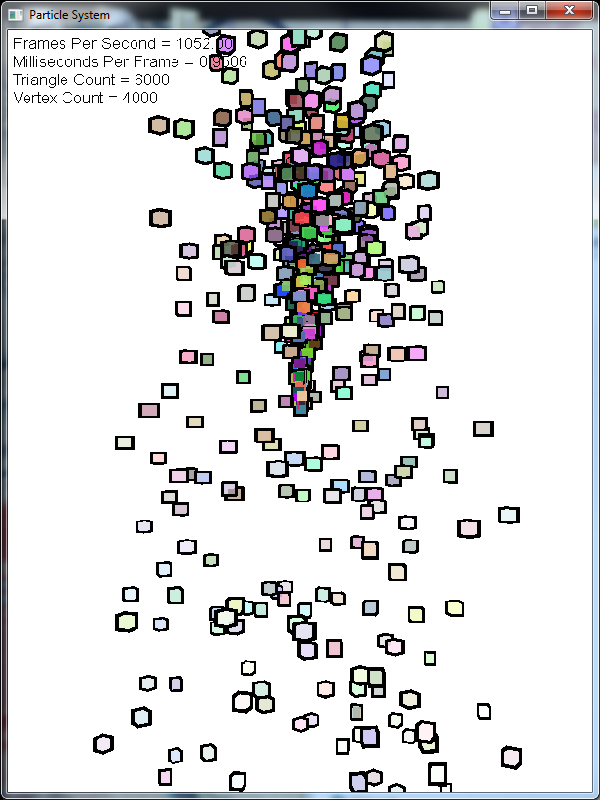 I saw a video online recently of several cubes flying into the scene and stacking up to form a larger cube. I thought it was a pretty simple yet powerful effect. The effect was achieved using Particle Flow, so the movement of the particles are entirely animated and not in real time. After seeing this, I immediately wanted to try it, but with a more general solution. So, off I went to write a physics system for my particle engine. 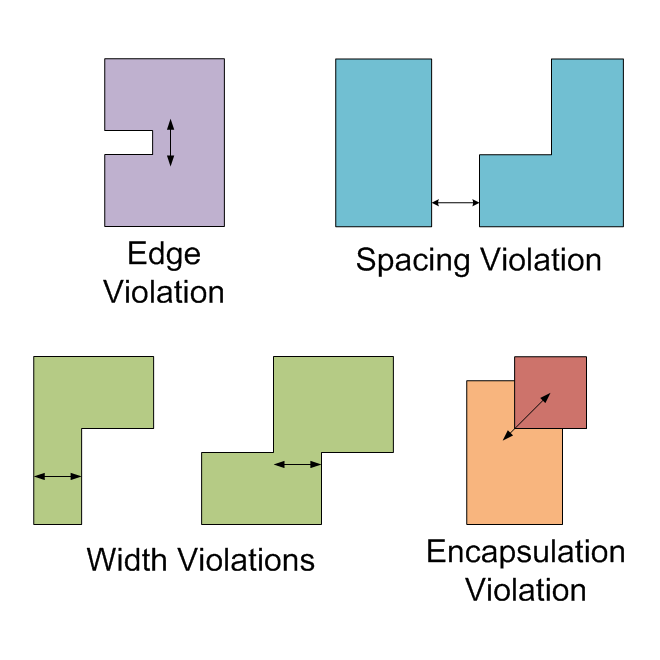 Design Rule Checking (DRC) of semiconductor layouts is a massively independently parallel problem, and well suited for CUDA. As part of an Independent Study, my friend Jeremy Espenshade and I implemented DRC algorithms using CUDA and achieved approximately 25-30x speedup of the checking algorithm on a Tesla card from 2009. 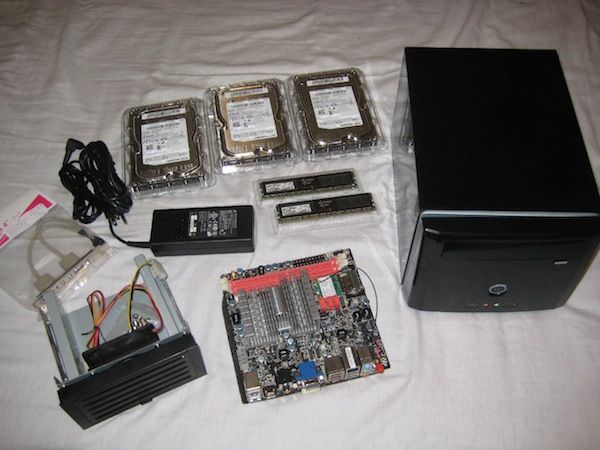 This is an old server build when mini desktops were pretty rare (Shuttle was the most popular solution at the time). I wanted to build a small, efficient, always-on server. The system could be used as a home theater PC, act as a backup server, host public and sandbox websites, code repositories and many other things. With the price of storage dropping and some impressive mini-itx motherboard options out there, the perfect storm of hardware pushed me to build a mini-server. 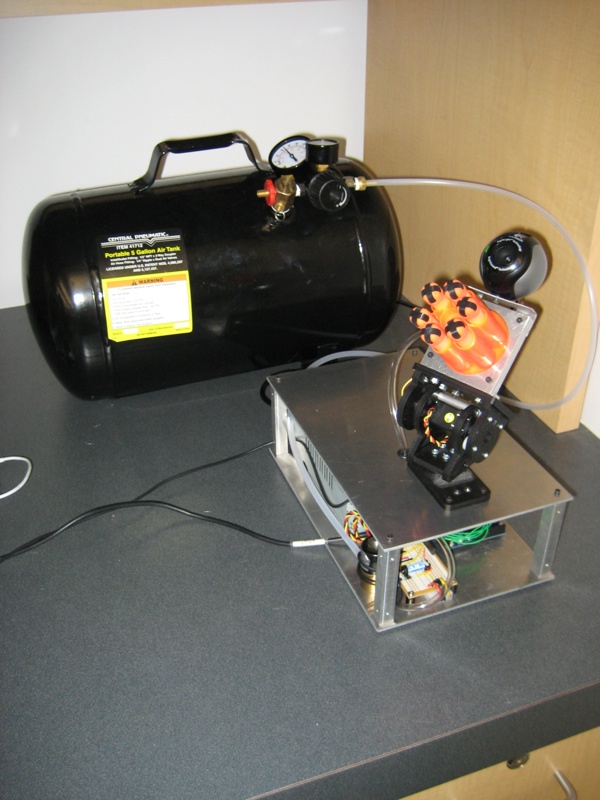 A pneumatic nerf turret, controllable via a flash interface over the internet. It holds six shots, has a webcam for aiming, LEDs for use in the dark, an approximate range of 20 feet, with hundreds of shots between tank refills.